Hirosaki, a former castle town, is located in the southwestern part of Aomori Prefecture, and has played a major role in the economic and political life of the region since Hirosaki Castle was built in the 17th century. Hirosaki Castle is a major landmark of the city. Its estimated population in 2010 was 183,534. The total area is 524.12 square kilometers. In addition, there are several historical Japanese and European-style buildings.

Hirosaki has many seasonal festivals: the Cherry Blossom Festival in spring, the Neputa Festival in summer, the Chrysanthemum and Maple Leaf Festival in autumn, the Snow Lantern Festival in winter. Many people come to Hirosaki to watch and to participate in these festivals. The Cherry Blossom Festival that is held in the park that now covers the former castle site. The average temperature during the Cherry Blossom Festival in early May is 20 degrees (Celsius) in the afternoon and 10 degrees in the evening. You should therefore bring a cardigan or a jacket. The climate during the summer season, compared to other parts of Japan, is mild and pleasant. During the Neputa Festival, you would normally be very comfortable in a t-shirt and short-pants. However, by the beginning of the Autumn Festival, it will be getting colder, and you will need a jacket. During the winter, Hirosaki usually gets less snow than Aomori City. However, be prepared for lots of snow around the time of the Hirosaki Castle Snow Lantern Festival. Hirosaki is also home to many apple growers and is known as“an apple-colored town” in appreciation of the important role apples play in local life. Hirosaki is a city you shouldn’t miss.

A gateway of World Natural Heritage “Shirakami-sanchi”, Hirosaki city is located 60km from Lake Towada and the Oirase Gorge. Like Kyoto, Nara, Kanazawa, there was a division of army, and it did not suffer war damage. Now, both in name and reality, 2,600 the most beautiful cherry blossom trees in Japan, a castle that is the oldest citadel remains of Japan, triple moats, three turrets and five gates are considered as a symbol of the city. It is only castle town in eastern Japan which retains an air of old history & culture from the Edo Period with Zenrin-gai with 33 temples, Japan’s northern most Five-Storied Pagoda, Samurai houses and district.

Total 15,000 of azalea flower bloom in Chausuyama Park, where you can look over the town of Owani Onsen. 69 of Haiku stone monuments stand along the walking path. Trekking is recommended with viewing 300 different kinds of flowers and trees including cherry blossoms in the park. The beautiful view of Mt. Iwaki with snow lingering on top is also enchanting.

This rice paddy art project was started in 1993, with the aim of revitalizing Inakadate Village. Simple images of Mount Iwaki and rice plants were among the first designs to be portrayed. Then from 2003 onwards, various other artistic designs came into use. Images are usually created with yellow and purple varieties of rice together with an Aomori variety called Tsugaru Roman which is a fresh green. Due to the detailed and unique nature of this artwork it has gained considerable press attention and begun to attract many visitors.

Access：About 25 min by using a bus for Kuroishi・Ookawara Line
Get off at Hatanaka bus stop, and about 3 min from that bus stop

Mt Nakano-momiji, known with the beautiful autumn foliage has the Nakano Shrine and Fudokan castle ruin. A 200 year-old maple tree, a fir tree & 500-700 year-old tall cedar trees which all are designated as the natural monuments of the city grow around Nakano Shrine. Above all, the tall cedar trees are praised as giant trees in Tsugaru area. The mountain is aflame with the bright colors of autumn. From old times many visitors come here to appreciate the scenery.
The mountain is nicknamed “Small Arashiyama” from “Arashiyama”, one of Japan’s greatest autumn foliage spots in Kyoto.

The Hirosaki Castle Park site offers beautiful winter scenes that elicit a myriad of poetic winter visions. During the festival, 50 or so snow lanterns and about 300 snow statues beckon visitors into this fantasy winter world.

Bicycles are rented out for a fee at five rental stations. Both regular and electric bicycles are available. In order to rent a bicycle, you must fill in an application form and present ID. Regular bicycles can be returned to stations other than those they are borrowed from. Electric bicycles must be rented and returned either Hirosaki Municipal Tourist Center or Hirosaki Tourist Information Center. 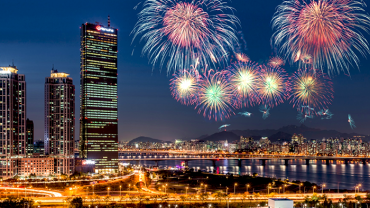 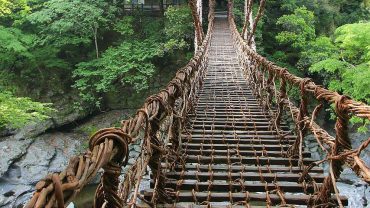 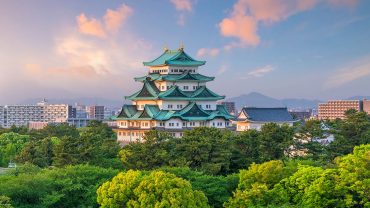 NAGOYA – JAPAN   Nagoya is located at the center of Honshu (the main island of Japan) with a population of 2.24 million. Nagoya has a long history and is the birthplace of three notable feudal lords, Oda Nobunaga, Toyotomi Hideyoshi and Tokugawa Ieyasu. Traditional industries like ceramics and textiles as well as key modern […]